Koju-en is a better known of the two bonsai nurseries in Kyoto. Finding it is easy, just a ten-minute walk from Nishioji train station on JR Kyoto Line. Image above shows the street view of its front gate. It is relatively small and two images below show most of its outdoor area.

I was shown around the nursery by the owner Tomohiro Masumi, who speaks passable English. He told me that the annual bonsai exhibition called Koju-ten organised by the nursery was going to be held next week. There were a few people preparing their trees for the exhibition and he pointed out the trees that were going to be exhibited. I also met Tomohiro’s father Hiroichi Masumi who started Koju-en in 1997. He was kind enough to give me an All Japan Shohin Bonsai Association wall calendar.

For a closer look at some of the shohin trees at Koju-en see images below. 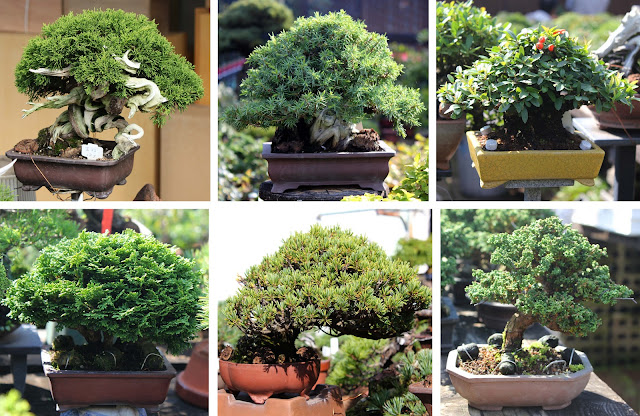 There were also a few admirable trees, which could qualify as medium size bonsai (see images below). 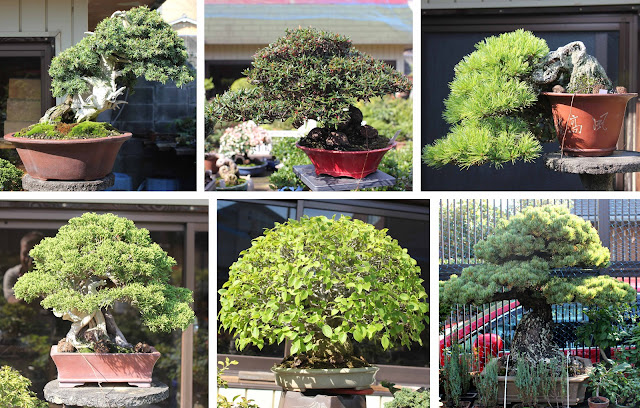 Koju-en featured a fine selection of antique, vintage and contemporary shohin bonsai pots from Japan and China (see images of the showroom below). Tomohiro showed me some of them and I ended up buying a pot by Kyoto-based potter Takao Koyo (to see the pot visit http://lomov.blogspot.com.au/2012/10/bonsai-pots-from-kyoto.html).

If you are a bonsai enthusiast stranded in Kyoto, Koju-en is worth a visit.