I visited Singapore Botanic Gardens with the sole purpose of seeing its bonsai display. The display pavilion is very nice and the trees are exhibited well (see image above). Smaller trees are displayed on the shelves inside the pavilion, while larger trees placed on individual stands outside the pavilion (see image below).

A few smaller trees are shown in the image below.

For a small sample of the larger trees see image below.

Although it was worth the visit, I couldn’t help noticing that the plants there could do with some extra love and attention. 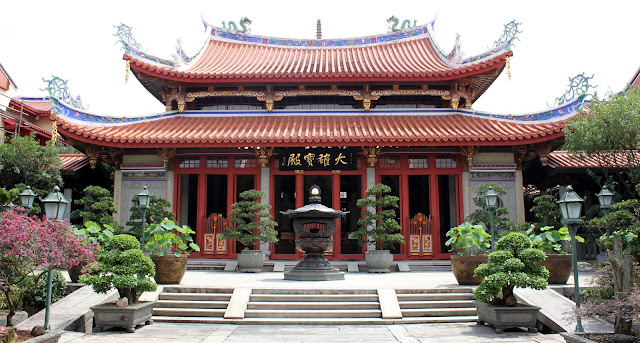 Last month, in Singapore, a friend-in-bonsai recommended to visit ‘Lian Shan Temple’. The taxi driver knew the place and told me that in the olden days the area was a crime district and the temple served as headquarters for triads and secret societies. Those days a long gone, but martial arts are still practiced in the temple. On my arrival, I found that its actual name is Lian Shan Shuang Lin Monastery and these days it is lost in a sea of high-rise apartment buildings. However, entering the monastery grounds is like stepping back in time. Elaborately decorated buildings adorned with carefully trained trees (see images below). 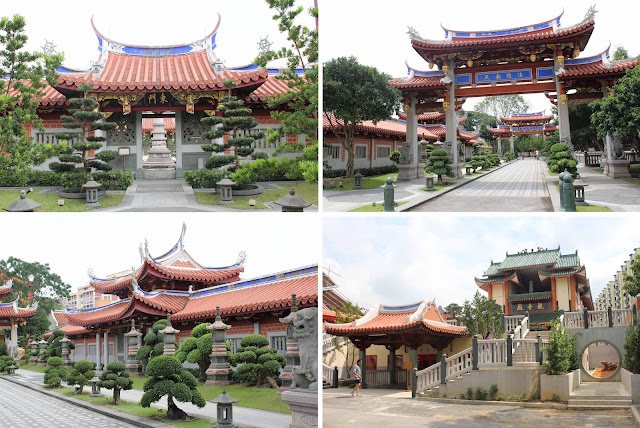 Have a closer look at some of those trees in the images below. 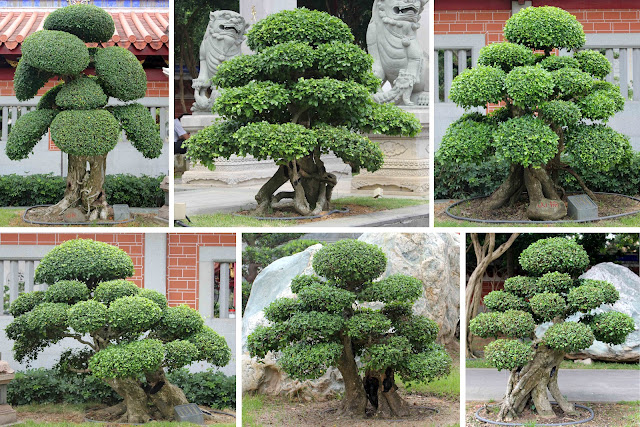 Garden trees were complimented by gorgeous rocks, some of which were petrified wood (see images below). 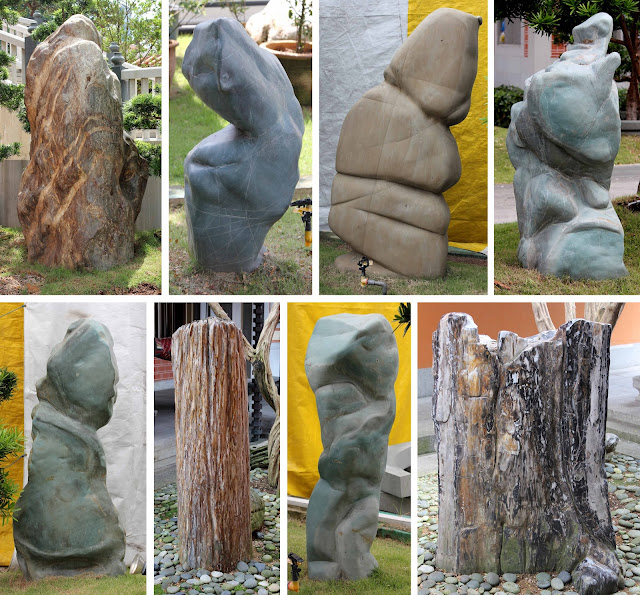 The monastery was also generously sprinkled with all sorts of potted plants. They were in open spaces, courtyards and passageways (see below). 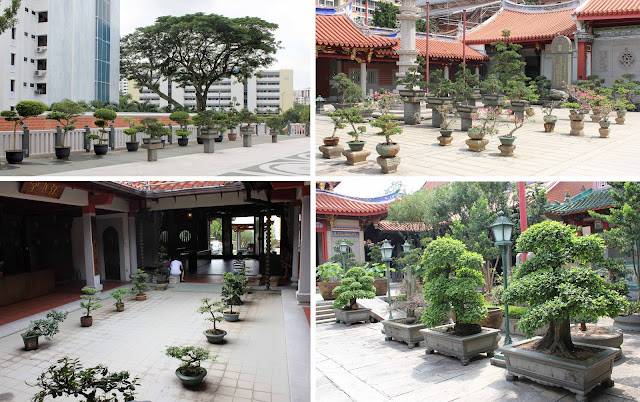 Some of the potted plants were as large as the plants in the garden (images below).

Some of the potted trees looked grand, but large pots carved out of single pieces of granite were as impressive (see images below). 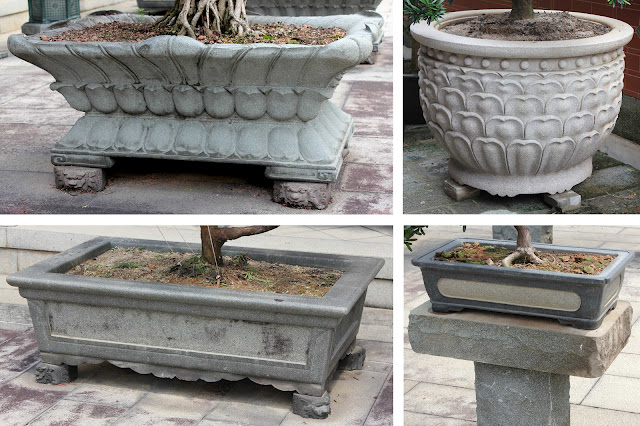 Finally, in one of the passageways I found penjing trees shaped as Chinese characters (see images below). 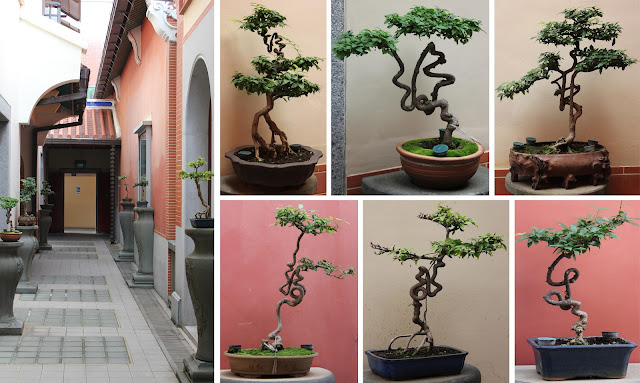 Posted by Kigawa at 5:02 AM No comments:

Pest of the month: The Mango Plant Hopper 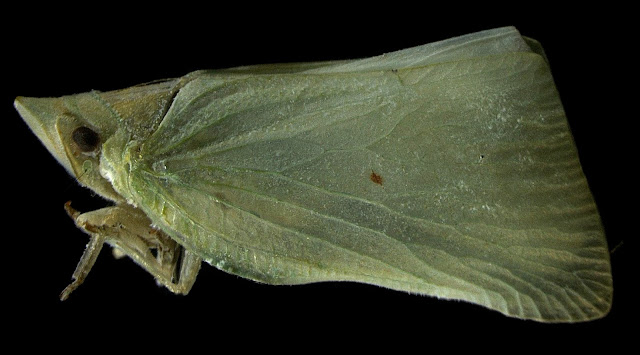 This summer my back yard had been invaded by another plant pest. This time it’s the Mango Plant Hopper (Colgariodes acuminate). The Mango Plant Hopper is an introduced species and it resembles a lot of other plant hoppers belonging to the family Flatidae. It can be easily confused with another exotic pest the Citrus Plant Hopper (Colgar peracutum) or with native plant hoppers from genus Siphanta among others. Although my garden was full of them I couldn’t see any damage caused by them. Plant hoppers use their piercing mouth parts to puncture the plant and feed on its nutrients. May be they fed on lignified stems where puncture marks are not obvious or may be my bonsai trees are not their host plants. 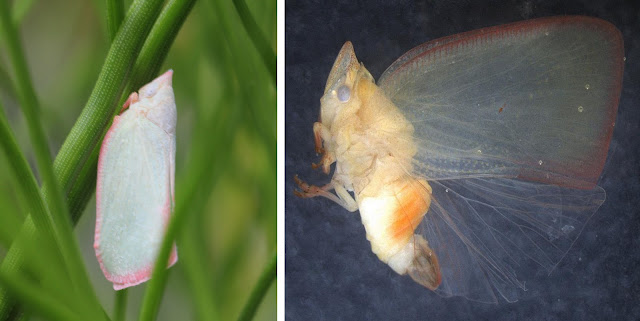 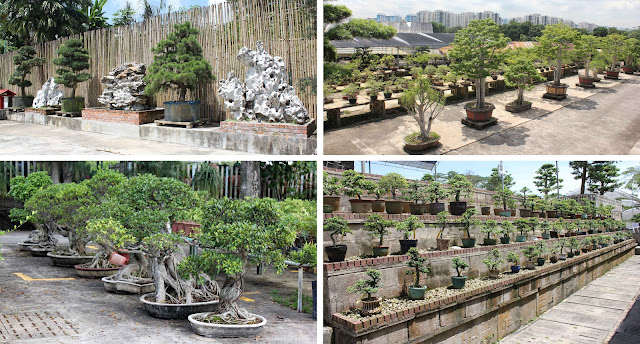 During my trip to Singapore this month I visited Cheng Tai Nursery. It functions as a regular plant nursery where you can get your usual plants, but it also specialises in oriental style garden trees, penjing and bonsai. They have thousands of them and some are very impressive specimens. The average size of the trees was larger than I am used to. As you can see from the images in this entry a lot of the trees are taller than 1 meter. Anyway, I’ll let the pictures talk. A couple of images below are the largest oriental style garden trees in the nursery.

Images below show three main kinds of plants they use for large trees. They are (left to right): Wrightia, Podocarpus and pine.

There were also lots of large fig trees (image below). 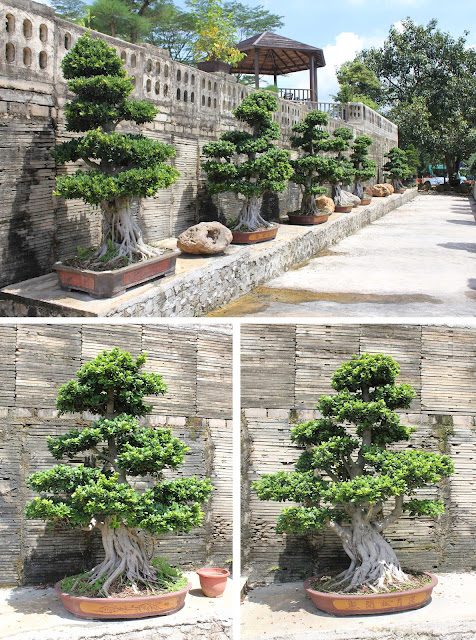 Below more figs. They were very impressive.

I can confidently say that the king of bonsai in Singapore is Water Jasmine (Wrightia religiosa). See the images below. 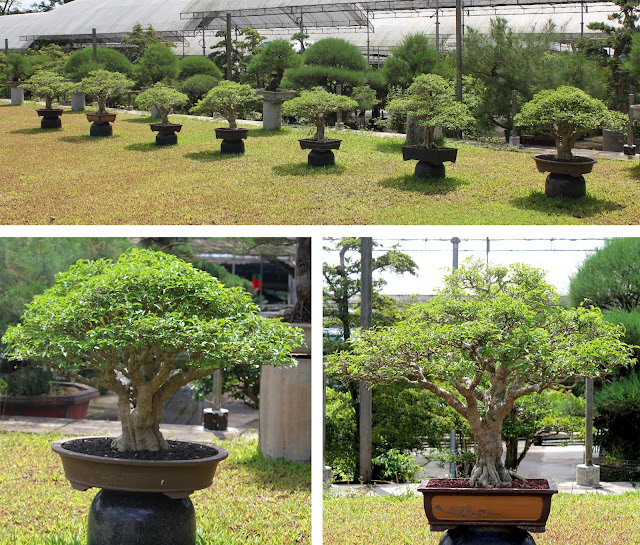 Wrightia trees looked as impressive when they are defoliated. See images below.

Other large bonsai included something that looked like Casuarina. 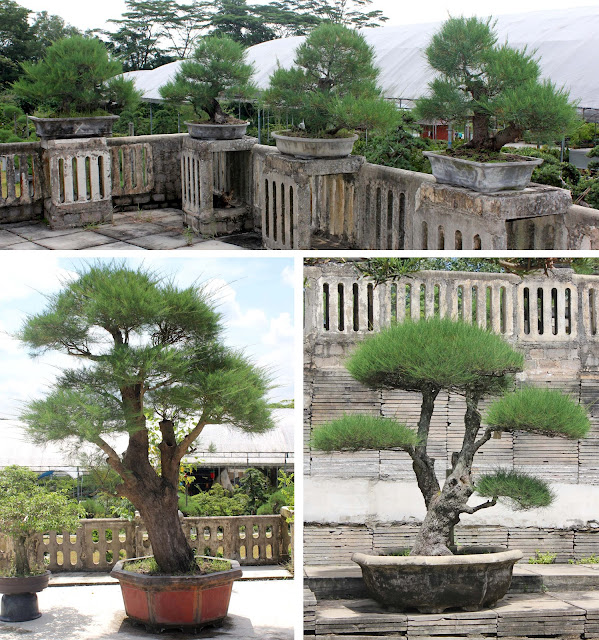 There were trees of other plant species in the large bonsai category (images below).

And finally, they had plenty of smaller trees, which would come under small to medium bonsai size in Australia. As you can see from the close-up images of those trees (see images below), they have undergone quite a bit of training and refinement. 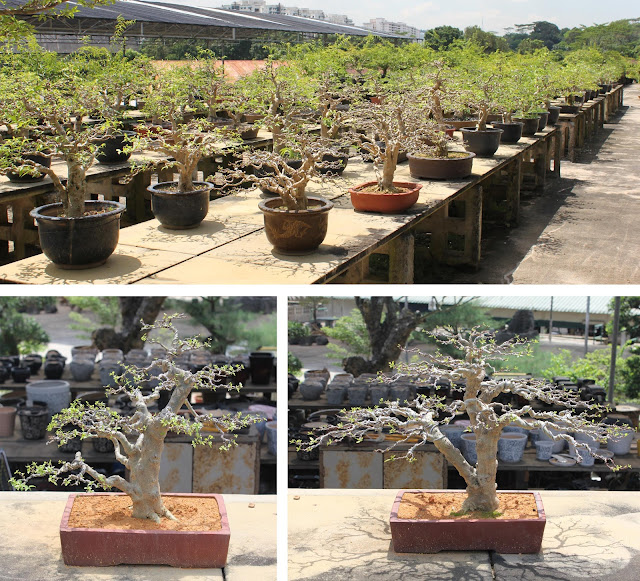 There were also a few larger ‘Chinese scholar rocks’ or ‘viewing stones’ for sale (see images below). 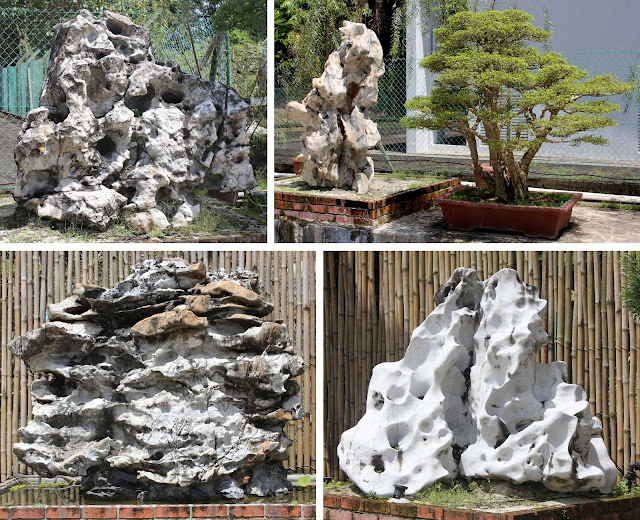 In one of the sheds at the nursery, I saw an elderly Chinese gentleman wiring a Podocarpus tree. I tried to start a conversation, but he couldn’t speak English. In a desperate attempt I tried to speak Malay and it paid off. I asked him how many people style bonsai trees at the nursery, because there were thousands of them. He said he is the only one. Even though all mundane tasks at the nursery are done by the Bangladeshi workers and he only styles the trees, it still remains a gargantuan amount of work. When he saw that I am genuinely interested in his work he took me to the back of the shed to show his personal collection. It was a lovely assortment of fairly refined shohin bonsai (see images below). Later on I was told that this gentleman is a well-known and respected figure in the local bonsai community. 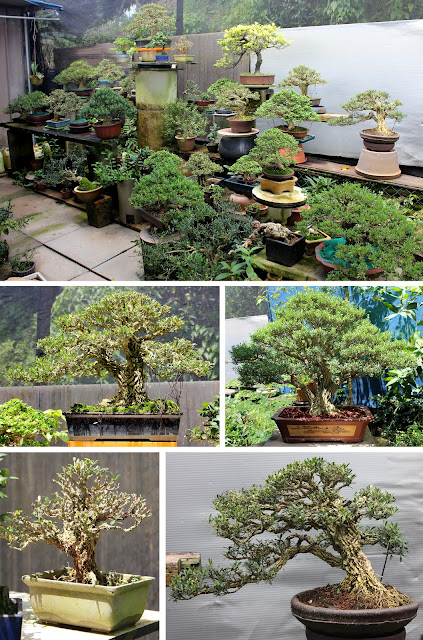 To get to Cheng Tai Nursery take the train to Choa Chu Kang station and then get bus no. 975. There is a bus interchange right outside the station, but you need to take a 1 min walk to Choa Chu Kang Avenue 4, cross it and catch the bus over there. The bus stop where you get off is called Cheng Tai Nursery and you have to travel for about 4 or 5 stops.
Posted by Kigawa at 4:21 AM 1 comment: