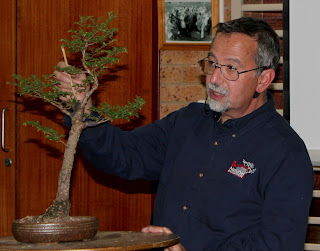 Earlier this month, I attended a presentation and a critique session by Bill Valavanis from the US. He is a well-known figure on the international bonsai scene. He has been doing bonsai for 50 years and has a long list of achievements. His presentation was informative and thought provoking, but not in a big way. There was a bit of self-advertising, but to me, when someone is presenting their bonsai credentials, it always comes down to five words: “show me your best tree”. He probably has some amazing bonsai in his collection, but he hadn't to showcased them well in his presentation. I think his presentation barely scratched the surface of his bonsai knowledge and I would definitely want to learn more from him. He studied bonsai in Japan and for me, the most interesting aspect of his presentation were occasional insights into Japanese mentality and values pertaining to bonsai.

Posted by Kigawa at 2:40 AM No comments:

Last weekend, I saw an exhibition called Sydney Bonsai Spectacular held at Merrylands RSL. This was a joint effort of Sydney’s ten bonsai clubs. It was an interesting show. My favorite tree is shown below. In the past its trunk had no taper. Its owner split the trunk from the bottom and created a shari around the split area. It was a risky move, but it really paid off. It produced desired taper and added a lot of interest to the trunk. 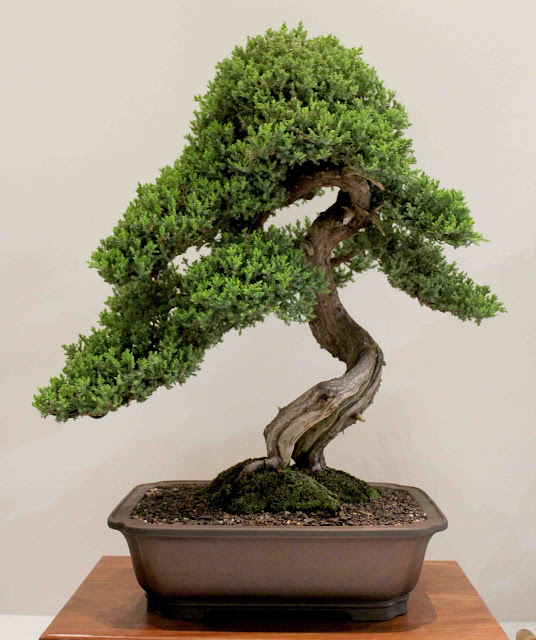 There were quite a few trees with superb potential, which could have been turned from ‘good’ to ‘great’ by a simple change of balance in the branches or just by a greater amount of regular bonsai care. The exhibition also featured a few suiseki some of which are shown below. 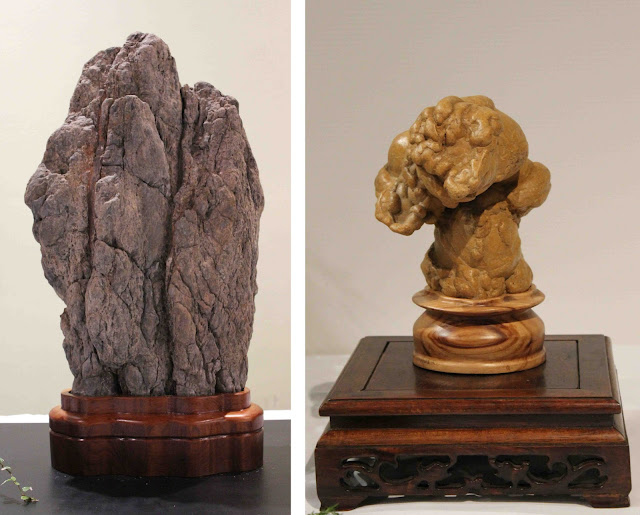 Posted by Kigawa at 4:51 AM No comments: