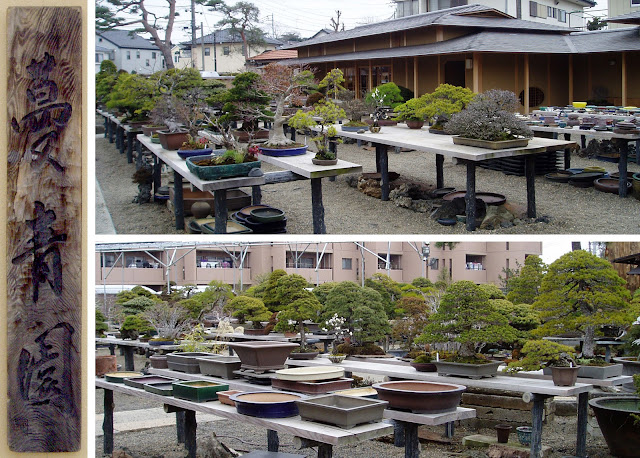 It is located further away from the Omiya-koen Station and it is probably the most spacious nursery in the Bonsai Village or Bonsai-cho (see photos above). Bonsai master Saburo Kato was the 3rd generation owner of this nursery until he died in 2008. In consistence with its reputation Mansei-en did feature a number of forest plantings and group plantings on rocks, however hardly any of them were as impressive as ‘Saihate-no-oka’. See it for yourself the images below.

It also had lots of impressive individual bonsai trees (some of them are shown below).

There was only one apprentice minding the nursery when I visited it. In contrast to other nurseries, he let me take photos and was very helpful. I told him that I was looking for a book on kowatari pots. He found a book on the subject and even translated some of the illustration captions. Overall, I felt that Mansei-en was not as commercial as other nurseries in Omiya.