Kyuka-en is steeped in bonsai history of 20th century. It was established in 1929 by Kyuzo Murata, a talented bonsai artist who played a significant role in the development and popularisation of bonsai. There is a lot of information about him on the Internet. In a nutshell, he looked after the Japanese Imperial Household collection of bonsai since 1931. In the 20’s, together with an ikebana scissors maker Masakuni I, he developed bonsai tools as we know them today. After the war, he was instrumental in popularising bonsai in the US. Several of his books are published in English. He passed away in 1991. Kyuka-en is currently a garden supplies business run by Kyuzo Murata’s grandson Yukio Murata. Although Kyuka-en no longer functions as a typical bonsai nursery, it still opens its doors to visitors and it has many interesting trees (see images below). 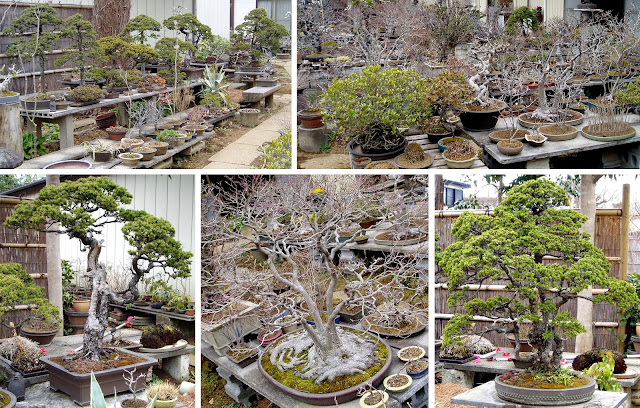 I visited the nursery in 2010 during Kokufu-ten exhibition and was greeted by Yukio Murata’s mother Rumiko-san. She told me that everyone is at Kokufu-ten in Tokyo. It was a cold day, so she invited me in and gave me some tea. She told me that I could take photos of bonsai and before I left gave me a bunch of Bonsai International magazines. Later, I made the connection: the editor of Bonsai International Bill Valavanis is a former student of Kyuzo Murata.