One of my recent posts was about Penjing Garden at the Shanghai Botanic Gardens. Guess what..? There also was a Penjing Museum! Actually, it wasn’t that exciting. It looked a bit rundown and the majority of information was just in Chinese. Explanation plates with English translations were somewhat ambiguous. Below are some photos of the museum displays aimed to give Chinese penjing a legitimate claim of being the first and the oldest. The following is the legend for the images above as much as I could understand it.

A - Drawing of a ceramic shard excavated in Hemudu village, Zhejiang Province. Hemudu culture is dated from 5200 BC to 4500 BC. It seems that some researchers believe that it depicts a plat grown in a container.

B - Picture of a potted plant painted on a corridor wall. The building dates back to Eastern Han Dynasty (25–220 AD) and it was excavated in Wangdu Hebei Province. The painting is featuring a plant in a container with a stand.

C - Fresco of a person holding landscape penjing. It was discovered on the wall of a tomb build for the Tang Dynasty prince Zhang Huai (653–684 AD). It was excavated in the Qianling Mausoleum, Shanxi province.

E - There was no English translation for this one, but it is a sculpture of a female holding rock penjing. It dates back to Southern Song Dynasty (1174-1252 AD).

A part of the museum wasn’t open to public, but I realised that only after entering it. It wasn’t locked and there were no “no entry” sign. The rooms were poorly lit and the exhibits were behind dirty glass, hence the photographs are not that good, but still worth sharing with those who are interested in this sort of thing. Below are images of some unglazed containers, probably Yuxing ware. The ones that look older could be Ming Dynasty (1368–1644).

Some of the glazed containers are shown below.

There was also a variety of bonsai tables and stands (images below). One of them was ceramic (bottom image on the right) and it looks quite different from the ceramic stands I saw in Singapore (see http://lomov.blogspot.com.au/2012/06/vintage-and-antique-bonsai-pots-in.html). 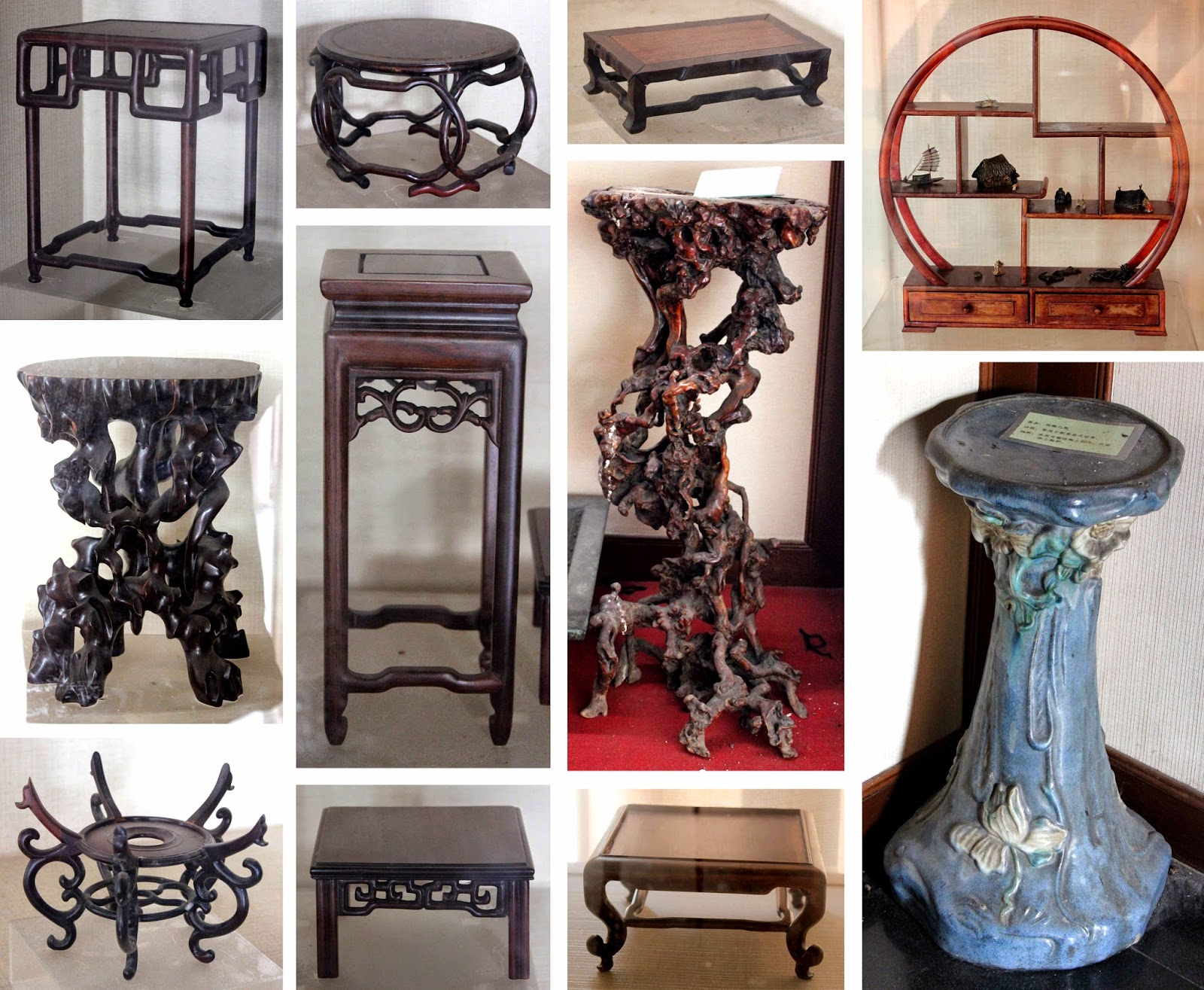