One of the highlights of my trip to China earlier this year was the visit to the penjing garden located in the grounds of Shanghai Botanic Gardens. This penjing garden is designed as a traditional Chinese stroll garden, therefore it is quite large with each penjing tree on its own stand where it can be appreciated individually (see images below).

The garden has quite a variety of plant species, but pines certainly rule supreme in winter. Many of them were quite impressive, however some of them were rather similar to each other as they shared the same design. Images below show a subset of them chosen almost randomly.

There were not that many Podocarpus and juniper penjing. Some of the Podocarpus trees are shown below.

As for the deciduous trees, I could only guess what species they are. Bare trees were hard to photograph because of the busy backgrounds behind them. Some of them were as grotesque as Chinese penjing can get. Below is a selection of the more conventionally designed trees. 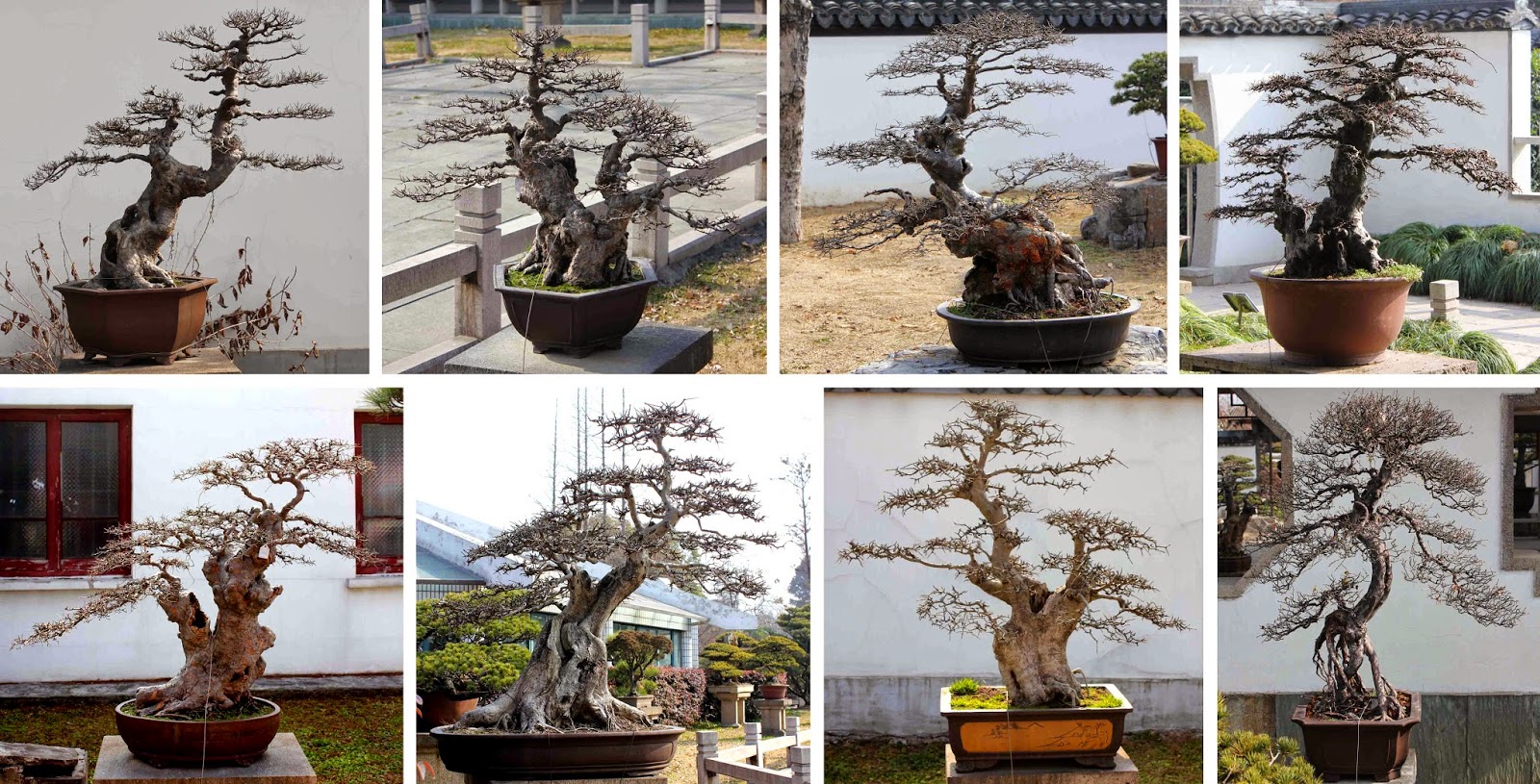 There were a number of XXL size trees which were not necessarily ‘dwarfed’. Some of them are shown in the images below. 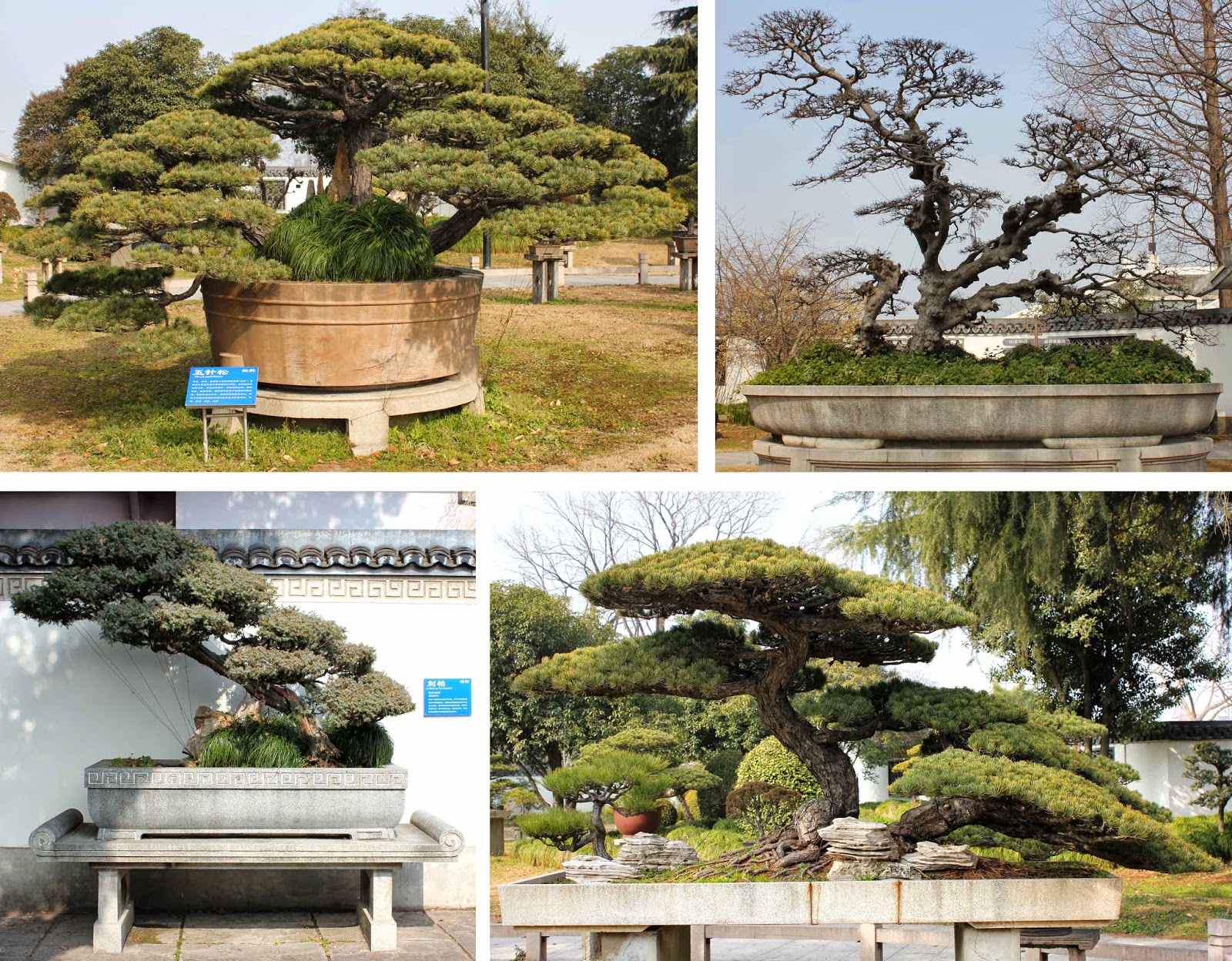 The garden features a glasshouse with tropical species penjing. The majority of them were figs and some of them are shown below.

Finally, there was a number of rock penjing. Some of them are shown in the images below.

The garden had some information plates. They explained that there are five traditional schools of penjing. They are Lignan, Yangzhou, Suzhou, Sichuan and Shanghai schools. Shanghai Botanic Garden is the main training center for the Shanghai school. They also very briefly introduced three penjing masters working there.

I would recommend this place to anyone anytime.
Posted by Kigawa at 8:08 PM