Visiting the Forbidden City and the Summer Palace in Beijing was fun. I was struck by the sheer scale of these establishments. I could see that in the past both places were magnificent, but today they look somewhat run down. The leadership is probably not keen on showcasing the glamour of the old days.

One aspect of interior décor there was common occurrence of fake plants. These fake plants were made of many different materials and always came in pairs. In fact, traditional Chinese interior design is very symmetrical and to accommodate that many furnishings must come in identical or almost identical pairs. Anyway, the containers housing those fake plants are the main topic of this post. Images below show some of the containers I spotted in various buildings. 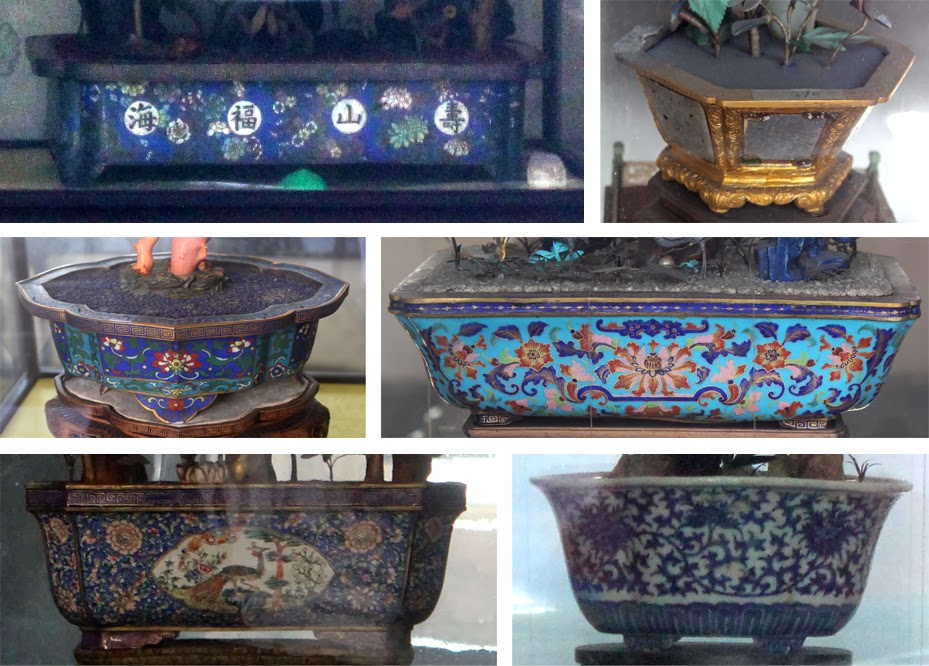 These containers were made of a wide range of materials. The materials included porcelain, metal with vitreous enamel, wood, red lacquer, jade and stone. It was difficult to take good photos of them because they often were in poorly lit areas behind one or two layers of glass. They were quite amazing nevertheless. As you can see they closely resemble bonsai pots. 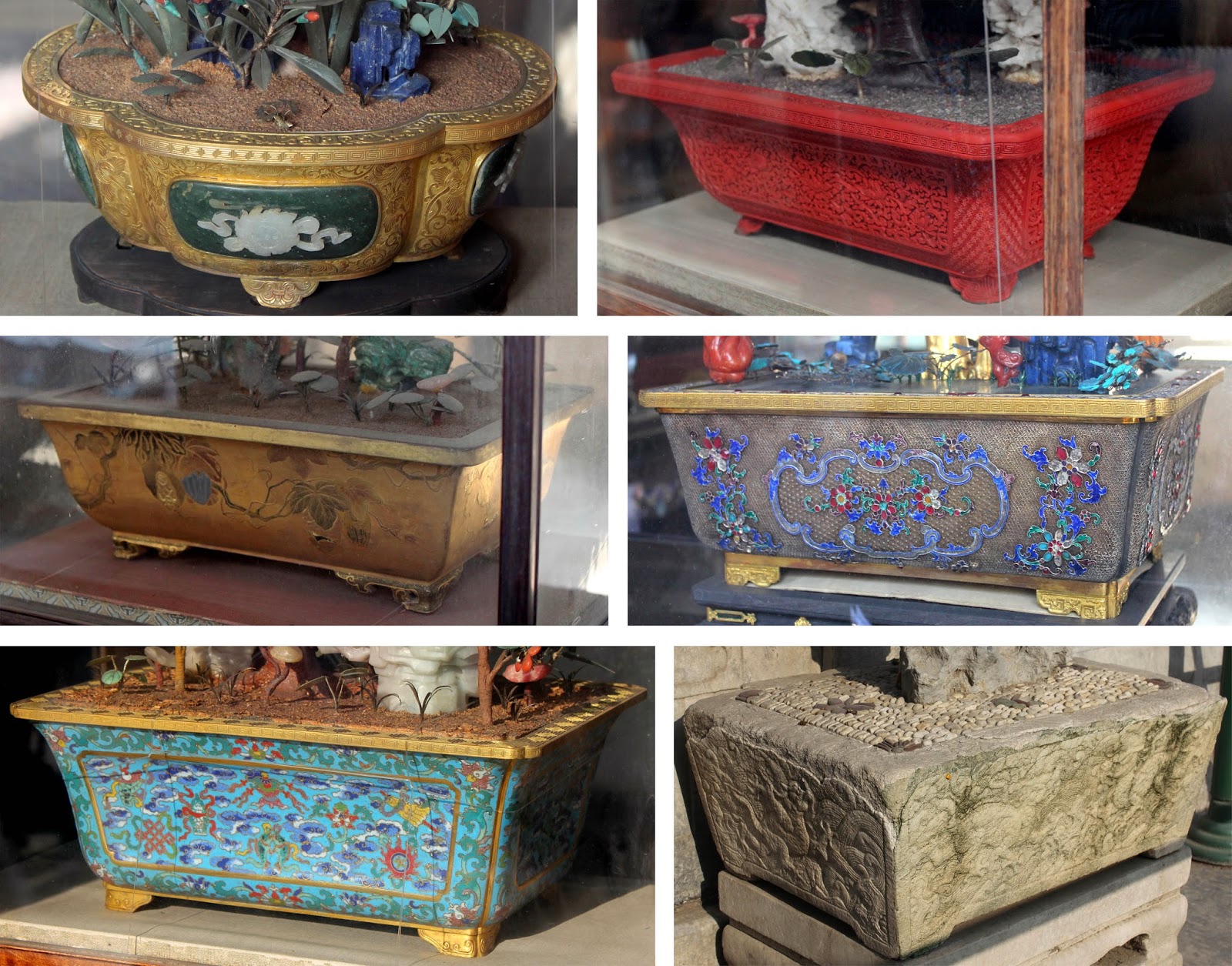 Some of them were either completely made of jade or had carved jade inlays (see images below).

Another item of interest was a bronze crane stature in the Forbidden City, which is shown in the images below. On closer examination of the base of this stature I found that it depicts a suiban with a mountain landscape on a stand. Looking for additional information about this statue on the Internet revealed that the base and the stature are two separate pieces and in the not too distant past this stature was displayed on the same stone pedestal, but without the base. I wonder if the base was originally created as an artefact of its own. 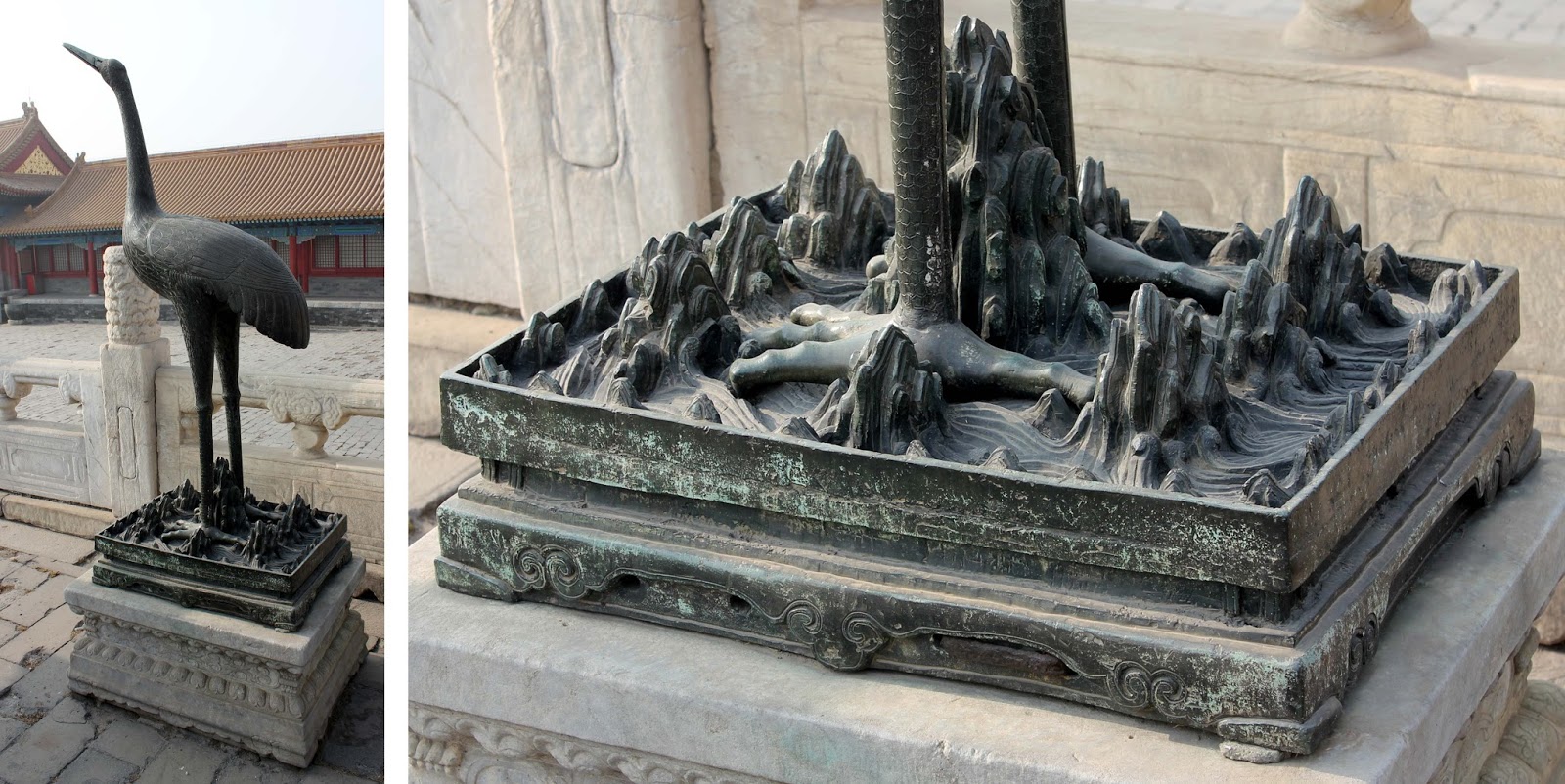 To see other posts about my bonsai adventures in China visit these: