Today I visited Shunka-en Bonsai Museum run by bonsai master Kunio Kobayashi. It was probably the most overwhelming and rewarding bonsai experience I had in Japan. I was met at the entrance by Valentin Brose, one of Mr. Kobayashi’s apprentices who gave me a very detailed tour of the entire museum in English. Valentin told me that Kunio Kobayashi and Masahiko Kimura are considered by many the top bonsai masters in Japan. The museum is absolutely superb. Elegant soan style building, magnificent bonsai, awe inspiring bonsai pots and very hospitable people. Valentin introduced me to Mr. Kobayashi and Peter Warren who studied under Mr. Kobayashi for 7 years. Mr. Kobayashi was positive about my idea of a pictorial English-Japanese Bonsai Dictionary and said that Peter would be the best person to partner up for this project. Valentin served me some tea while Mr. Kobayashi signed his book for me. Then Mr. Kobayashi played a DVD of a TV program featuring him, which was aired last week. After that, he invited me to join him, his other guests and apprentices for lunch. Among them was Masahiko Kimura’s apprentice Ryan Neil and an American yamadori collector whose name escapes me now. The conversation over lunch started with explaining the tokonoma display in the room and ended with discussing bonsai politics in Japan. Mr. Kobayashi told that bonsai art in Japan reached its peak 30 years ago when Saburo Kato was the Director of Nippon Bonsai Association. He maintained such high standard for Kokufu-ten exhibits, that in some years the winning prices were not awarded. At present, the prices for top of the range bonsai trees and antique bonsai pots are almost half of what it was 25 years ago. This caused considerable losses to the high end bonsai sellers. The standard of the bonsai exhibits at Kokufu Bonsai-ten has gone down noticeably over these years as well. In Mr. Kobayashi’s opinion, the forefront of bonsai art has shifted from Japan to Europe, particularly Italy. 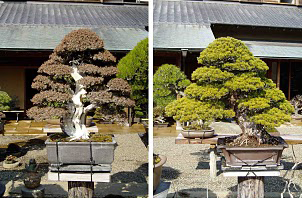 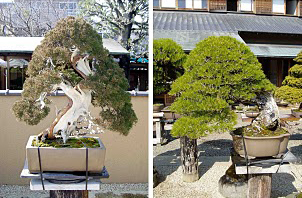 Some of the magnificent trees in the front garden 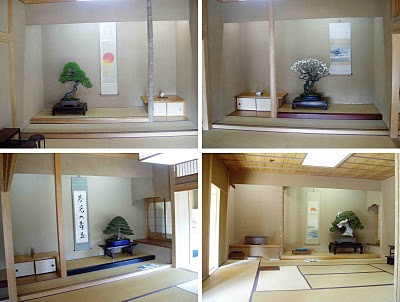 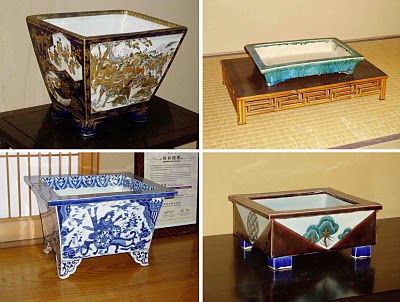 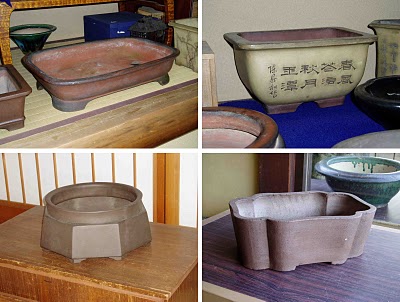 Some of the bonsai stands made by famous craftsmen
Posted by Kigawa at 2:05 PM