The origin of a humble bonsai pot is well known and my last year’s visit to Shanghai Museum allowed me to see some of its history in flesh. This post is about ancient Chinese bronzes that influenced the form of the contemporary bonsai pot. The image below shows a ‘pan’ water vessel that is nearly three thousand years old. This pan is shallow, lipped and footed, just like many bonsai pots of today. By the way, the word ‘pan’ (盤/盆/盘) is a part of such familiar to us words as pen-jing and bon-sai. Neolithic precursors of pan were made of earthenware and the latest archeological finds from Xianren Cave in China indicate earthenware that is twenty thousand years old!

Below are images of a few bronze vessels meant for food and wine. They were made millennia ago, but their forms bear many features of a modern bonsai pot. 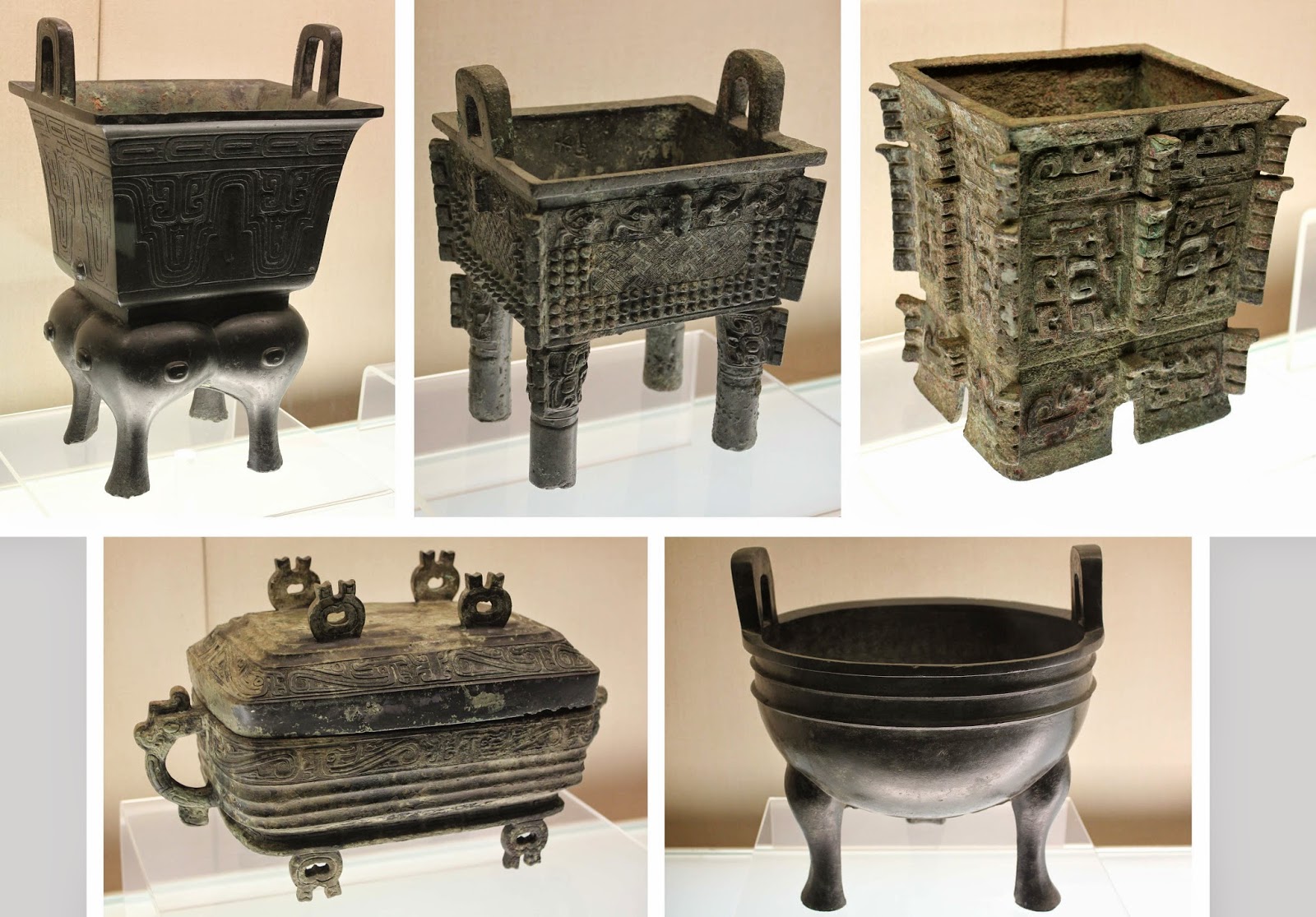 To read my earlier post about bonsai pot precursors see http://lomov.blogspot.com.au/2014/12/bonsai-pot-precursors-at-shanghai-museum.html
Posted by Kigawa at 4:48 PM

Where can I buy bonsai pots in Singapore?

I am not the best person to ask because I am not from Singapore. However, if I had to buy a bonsai pot in Singapore I would try Bonsai Gallery first (see http://www.bonsaigallery.sg/index.php?option=com_contact&view=contact&id=1&Itemid=4).