At the beginning of this month, Sydney hosted 7th International Symposium of Japanese Gardens organised by the International Association of Japanese Gardens. I could not attend the Symposium, but managed to go on a private garden tour, which was a part of the symposium. I hoped to see some interesting gardens, but meeting Japanese landscapers and garden designers who were on the tour turned out to be much more interesting. The most senior gardener in the Japanese group was Mr Iwatani. I was told that he is 75 and everyone treated him like a sensei. The talk he presented at the symposium was titled “Tea Ceremony in 21st Century”. It would have been the talk I wouldn’t miss. He also conducted a practical workshop on pruning trees and inaugurated the future tea garden (roja) within Gosford Japanese Garden (for a blog post about this garden see: http://lomov.blogspot.com.au/2011/03/last-sunday-i-visited-annual-exhibition.html). Our tour guide was Ken Lamb, a local landscaper who specialises in oriental gardens. On the bus, I was lucky to sit next to Mr Takuhiro Yamada. He is the director of a 150-year-old landscaping business in Kyoto. He manages the company with his father and their clients include some of the major temples as well as the Imperial Household Agency. His talk at the symposium was titled “Japanese Gardens in the 21st Century”. As we talked, Mr Yamada used his symposium presentation to illustrate his points and I got a fairly good idea about its content.

Soon our bus pulled over to the Auburn Japanese Gardens car park. This garden is relatively old (opened in 1977) and large (9.2 ha). It offers panoramic views around its big lake (see images above), at the same time it is tacky and unrefined. To fix that it needs two things: expertise (perhaps a reputable Japanese garden consultancy) and substantial funding. This garden could become the jewel in Sydney’s crown. It could outshine the Chinese Gardens in Darling Harbour, but as they say ‘it ain’t gonna happen’. It seems that the local government doesn’t share this vision, doesn’t have the skills in obtaining funding and engaging the right expertise. We should remember that Chinese Garden in Darling Harbour had become what it is only after Chinese experts got involved and now it is one of Sydney’s major landmarks.

Our next destination was a private residence garden in Bondi (images above). It was a small garden designed by Ken Lamb. The garden had more of a South-east Asian feel to it. In my opinion, its designer used too many oriental elements to impress the client and forgot about the ‘less is more’ principal. Grater amount of negative space would have made this small garden look bigger too. 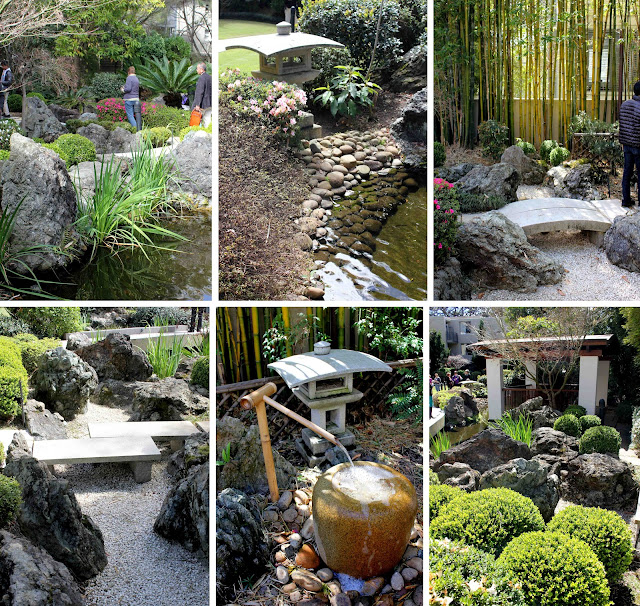 After that, we were taken to another garden designed by Ken Lamb for an apartment complex in Double Bay (images above). This garden featured lots of beautiful serpentine rock from Tamworth. Such rock combined with plants will make anything look good. Yet, the garden felt like it has been put together in a rush and then neglected. It featured two identical stone lanterns. Pre-existing structures such as the pergola were difficult to incorporate into the overall design. Apparently, there were time and money constrains at the time of construction. As a result, the mood of a communal barbeque area hasn’t been completely erased from the garden. I would have compartmentalised the garden with visual barriers into several sub-gardens (perhaps three). Each sub-garden would have to have a separate theme and covey a different mood. You could have several apartment dwellers in the garden, but each of them would feel that they are having the garden for themselves.

After that we headed to the Darling Harbour Chinese Garden. I love this garden. The Japanese responded to it quite well too. They said that Sydney CBD provides an interesting backdrop for it (images above). They were impressed with the garden buildings. They said that the garden displays a few Japanese influences. At least two of the Japanese landscapers commented that having a stairway right next to a waterfall is very unusual and they’ve never seen it before.

Next was another private garden done by Ken Lamb (images above). This time it was in Newport. Once again it had seriously good serpentine rock. As for the design, it somehow lacked the natural flow. The paths and bridges led me somewhere, but my eyes drifted somewhere else. For example, I didn’t feel like crossing the bridge because there was a dead-end on the other side. Actually, we visited another garden in the same area. It was charming, but there was hardly anything oriental about it (image below). 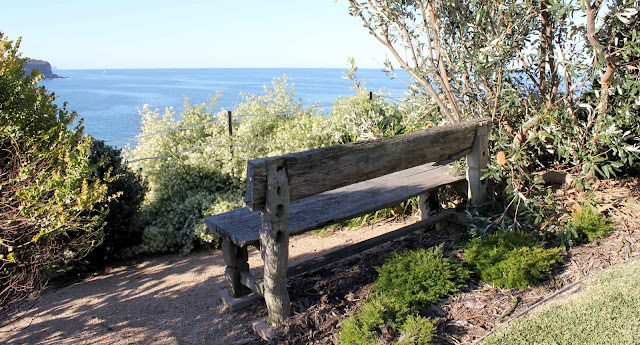