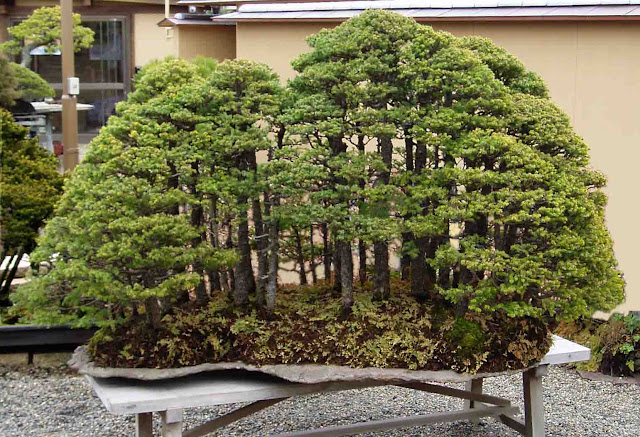 After my last year’s trip to Japan, I posted a blog entry titled “Forest planting by Saburo Kato?” (http://lomov.blogspot.com/2010/05/forest-planting-by-saburo-kato_7825.html). This forest setting was superb (see photo above), it was located in Mansei-en nursery in Omiya and I suggested that it was probably done by Saburo Kato. I wasn’t sure, but not anymore.


After reading Saburo Kato’s book ‘Forest, rock planting and Ezo Spruce bonsai’ I know that my guess was correct. In fact, the photo of this forest setting taken in 1988 is featuring on the book cover itself (see photo below). I also learned that the setting is much more special than I thought. This bonsai is one of Saburo Kato’s most well-known masterpieces called Saihate no oka (The Remotest Hill). All trees are Ezo Spruce (Piciea glehnii) collected by Saburo Kato 70 years ago from Kunashir Island, which is not a part of Japan anymore. The main trunk is about 250 years old! Saburo Kato worked on this forest for three years. When I saw the setting I thought it is on the rock slab, but the book says it’s on a custom made ceramic slab made in Tokoname. I must admit though, this setting looked better in 1988. 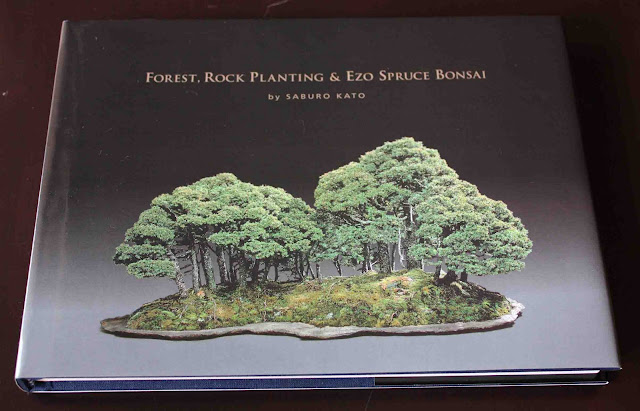